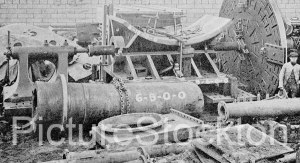 I walked past this place many a time; G.Brown & Bros, Iron and Brass Founders on Portrack Lane, which was originally called Portrack Lane Ironworks. The firm claimed to have constructed the first Steam Engine…