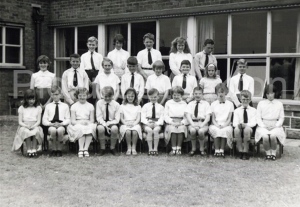 This photograph was taken at Redbrook Primary School c1963 and shows the country dancing team who won their class at a competition in Darlington.