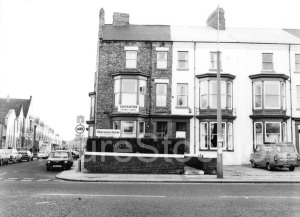 A photograph of the Sheraton Hotel on the corner of Yarm Road and Park Road, Stockton c1986.