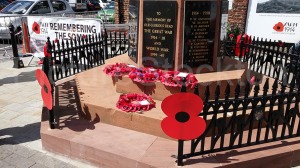 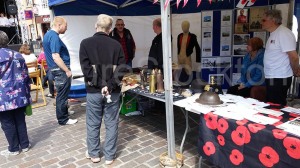 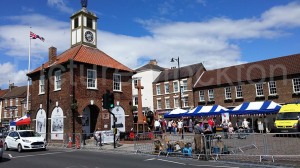 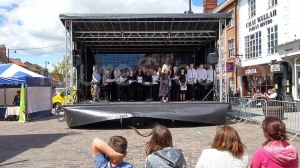 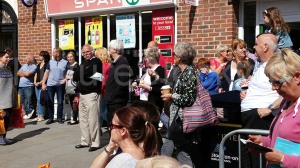 The Yarm 1914 Commemoration Group held a series of events to remember The Battle of the Somme including an exhibition in Yarm High Street, poignantly centred around the town hall war memorial. There were stalls with memorabilia of the period both from the war front and home front, a horse drawn field ambulance – minus the horse, an army farrier – minus the horse and a display of the modern Army by the Yorkshire Regiment – with modern motorised horses! A stage had also been set up and choirs from both Conyers and Yarm schools entertained the large crowds as did Mike McGrother and the Stockton based male voice choir, Infant Hercules whose medley of wartime songs brought the exhibition to a rousing close.

3 thoughts on “The Somme Remembered, Yarm”