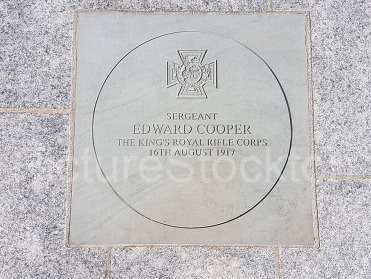 A service of dedication was held on Wednesday 16 August to honour the heroic actions of Sergeant Edward Cooper in the First World War.

A memorial stone was unveiled at the Cenotaph next to Stockton Parish Church to commemorate the 100th anniversary of Sgt Cooper’s bravery at the battle of Langemark, for which he was awarded the Victoria Cross by King George V.