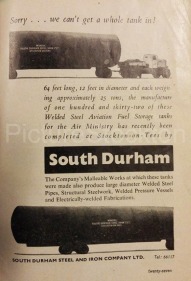 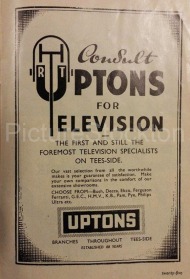 This is a programme from the last airshow to be held at RAF Thornaby before the airfield finally closed in 1958. The attached images give a list of other aircraft which appeared on the day as well as a selection of adverts featuring local well-known companies and suppliers many of which are familiar names although not with us today.