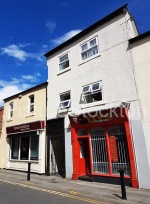 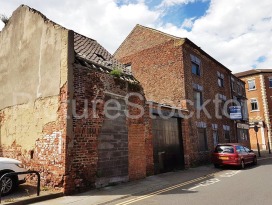 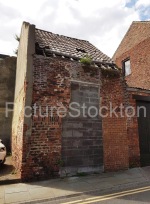 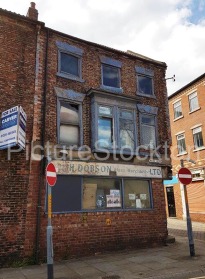 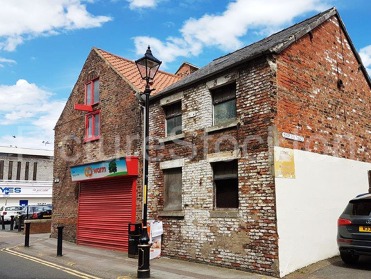 Again rather like North Street these are a 1985 to 2017 comparison and although Russell the printers is now the UVS barbers shop there has been little change except for the windows and the lack of a chimney pot! The adjacent block on the corner of Ship Inn Yard is interesting with seemingly very little or no restoration of the first building and the former (?) SBC office still having it’s lifting or davit arm in place which doubt was once used to haul stock up to the first floor?
The buildings with Dobson the glass merchant to one end looks to be of the same period although in a poorer condition but has the addition of a third floor and a Georgian box window. Interestingly this area is now home to several wine bars and micro-breweries and is being dubbed as Stocktons Cultural Quarter so perhaps these buildings may still have the chance of a future after all?