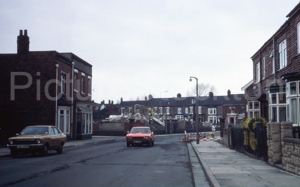 This photograph was taken in November 1980 and shows the demolition of Richard Hind Senior schools to make way for new housing. I attended both the junior and senior schools between 1953 and 1964.