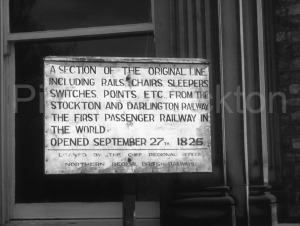 A section of the original Stockton & Darlington Railway track, including the rail, chairs and sleepers, at Preston Park Museum c1962.